The word should be used to describe Peggy Guggenheim, the innovating art collector who now is known for her historical museum in New York. Guggenheim was the eldest of three daughters who was amid about going against the grain in all things from being the designated “black sheep” of the family to marrying multiple artists throughout her lifetime. Netflix released a documentary divulging never heard before interviews with Guggenheim right before her death as well as footage about her journey in discovering surrealism. Marguerite “Peggy” Guggenheim entered this world in her bohemian gypsy aura in 1878.

Guggenheim took her “measly” inheritance of $450,000 after the infamous Titantic sank taking the life of her father and moved to Paris during the 1930s. Peggy Guggenheim then ravished in her twenties while meeting the upcoming artists who would become known as evolutionary in modern art,abstract art,and even took a hand in bringing artists to the spotlight. Everything was peachy keen until the war began and forced a lot of artist to flee leaving their works to be confiscated by the Nazis or sold for practically nothing so their art could survive the subdued elements. It was stated in the documentary that Guggenheim spent an estimated $40,000 for the collected pieces which now are worth billions.

In her heightened state of saving works that may never been seen again, she begged The Louvre to take the art on a ship toward the Americas. However, the art gallery denied her efforts (Mind you, Picasso was an artist in her collection). At that moment, Guggenheim got the artwork on another ship set toward New York and disguised them as furniture. Getting art across the seas was not Guggenheim’s only obstacle: getting the artists back to a safe place to create was also a battle. Marking the artists as family members or even spouses was the way that many artists such as Tanguy, Dali, and Picasso back to the USA.

Guggenheim fled back to America and hit the pavement running. The collector started her own exhibit open to the public of the collected works and partnered with Duchamp for some more than risky display methods. When visiting, observers could physically touch the art and understand it. Her understanding of art came from befriending the art world,with emphasis on her relationship with Marcel Duchamp. After many of tabloids of naysayers claiming Guggenheim only collected junk or artistic trash, Guggenheim gained respect from the understanding of modernism and surrealism. She is now viewed as a revolution, even being the one who gave Jackson Pollock his first viewing. The Netflix doc beyond relishes in Guggenheims success as well her love for art and the men who created such things. It’s a must see! 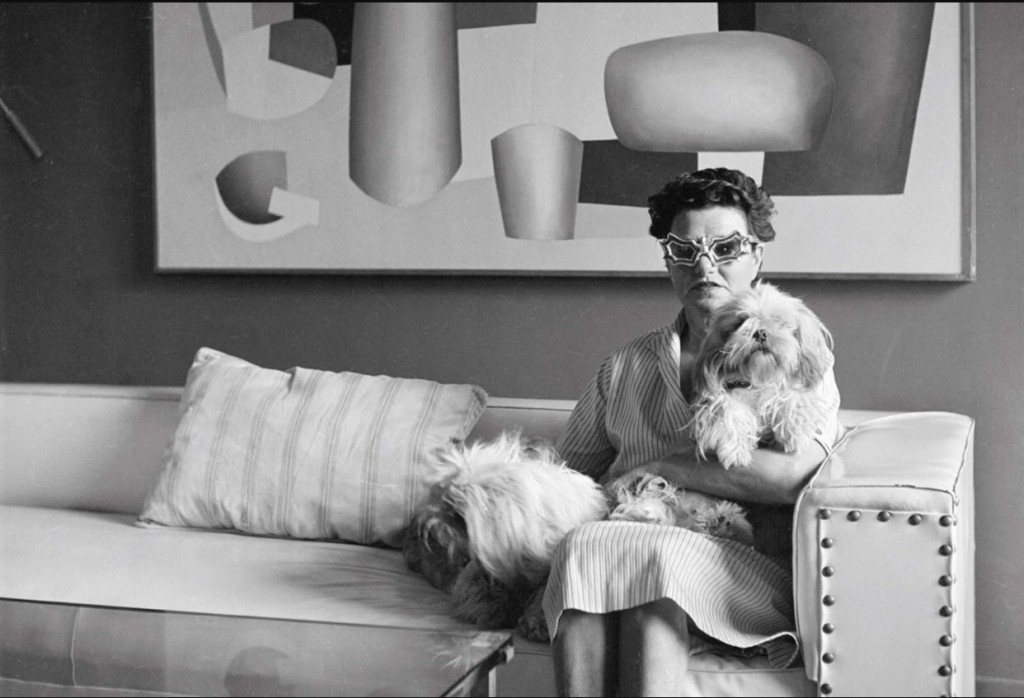