Access to health care shouldn’t be a luxury, but if you’re one of the 30 million Americans who don’t have health insurance, it certainly feels that way. Insert Hello Alvin. Hello Alvin was co-founded by Joey Truscelli and Arif Razvi and is the go to for 24/7 quality and affordable health care. Getting sick can be both time consuming and expensive, but now millennials can avoid the trip and the doctor bill. MADE caught up with co-founder Ari to discuss how Hello Alvin is a game changer and how everyone, whether you have insurance or not, can have access to it cost effective and convenient services.

MADE: We really appreciate everything about Hello Alvin—from its affordable plans to the convenience of the services offered. Can you tell us how Hello Alvin came about?

Arif: It all really started when my co-founder Joey was running camps for kids who lost family members in the Afghanistan or Iraq conflicts. He was a Marine and he had a healthcare company that he ended up selling to United Healthcare in 2006.  He took some of the proceeds he made from that sale and started doing these camps for kids and along that journey, he realized that a lot of kids, parents and families don’t have access to quality, affordable healthcare. So he started looking around and started putting some pieces together and then he and I reconnected in 2016 and he told me what he was trying to do and he and I just said ok.

Telehealth is one of the fastest growing segments of healthcare and it’s a way to provide affordable and quality healthcare to people who may not otherwise have access to it. The thing that we found was that telehealth was available to people who had insurance, so if you had an insurance plan, you likely have access to a 24-hour nurse line and the ability to speak with a doctor by phone or video conference. But there wasn’t a ton of availability for individuals who were on high deductible plans or catastrophic plans that wouldn’t include that benefit or those who just didn’t have insurance or access to insurance at all. Despite the Affordable Health Care Act, there’s still about 30 million Americans who still don’t have access to insurance. We wanted to provide a product that anybody could purchase. Regardless of whether they had insurance, regardless of whether they had access to healthcare and be able to access a doctor within minutes. It shouldn’t be a luxury to have access to healthcare.

MADE: So many people don’t have insurance, including myself so it can be scary to think about what could happen. It’s often advised to go to urgent care or to the emergency room, but that’s pricey as well.

Arif: This is part of the challenge that we saw. A lot of people, especially those without coverage just end up in an urgent care situation or sometimes because urgent care isn’t open 24 hours, they end up in the emergency room. Here’s a startling statistic: The cost of an average urgent care visit is $161 on average in the US. Now if you go to major metropolitan areas like Chicago or New York, it can be a lot higher. The average emergency room visit for something minor like a cold or a cough or sinus infection, you’re talking an average of $1200. That’s a lot of money for a cold. So our two plans offer either a $15 doctor visit or a $45 doctor visit depending on which of those two plans you choose.

The reason why it looks like it a weird pricing model is the $100, you pay it up front, it’s good for the whole year and it’s primarily for those who don’t visit the doctor that often—they may get sick once or twice a year. But they want the comfort of knowing that if they get sick, they have a doctor on the phone in 10 minutes and get a prescription and be done with it. And then the monthly plan is more for families who may have 1 or 2 kids and within the whole year, they may go to the doctor 3 to 5 times depending on how many times a family member may get sick. It’s more cost effective at just $15 per doctor visit. Both of those plans include access to a 24-hour nurse line, which actually a lot of people use. Nurses can do everything but prescribe. They can tell you exactly what you might have. But, if you need a prescription, that’s when you want to talk to a doctor. 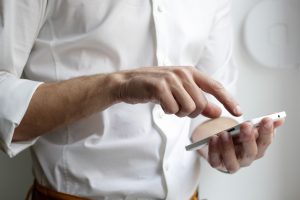 MADE: What has the response been to Hello Alvin?

Arif: What we’ve found is people are really precautious especially when it comes to their health and they rightfully should be. But, we’ve found that once people have an experience with the service and engage the nurse line or send an email to a doctor and they get a response, they’re like “Whoa! That was fast and that was so convenient and cost effective.” Our biggest challenge is getting people to have an experience with it. Once they have that experience, they realize how high quality it is, how efficient and cost effective it is and it didn’t take a lot to get it done. When you talk about the generation like millennials who are 100% digital, these are the types of experiences they’re going to expect healthcare to be as they start to engage the healthcare system more and more.

MADE: Have you seen a lot of millennials sign up for Hello Alvin?

Arif: Interestingly, yes. But we’ve also seen a wide range of demographic and economic backgrounds. We have older individuals who are traveling and use the service to get prescription refills when they’re on the road because they’re not close to their primary care doctor. What’s happening now is primary care doctors are making you come in for prescription refills because they want the office visit fee. But our doctors can provide refills for people who are traveling. So we have older folks who are using it for traveling, we have business people who are using it to augment their insurance plan because they don’t have access to telehealth and their insurance plan and their also traveling and they want it for the convenience.

Then we have millennials and the younger individuals who are just coming off their parents insurance coverage at 26 and looking for more convenient ways to access healthcare. One thing we found is that millennials hate going to the doctor. They just avoid it. But, we need to make sure they stay healthy and that minor illness doesn’t become a major situation for them. So we have a wide swab and actually right now we’re collaborating with some of the cellphone retailers because that’s where we find a lot of this generation purchasing mobile access, so Boost Mobile, T Mobile, Verizon—we’re working with those retailers to make our product available in retail so you can just prepay for the service with cash if you wanted to go in and do that. So we’re available online and we’re also available at a large number of retail stores as a prepaid product.

The reason why do prepaid because there’s 70 million Americans who don’t have bank accounts or credit cards and they live off the prepaid market and we wanted to make sure part of our demographic audience are people who may not have insurance and they also may be on prepaid programs.

MADE: That’s so awesome. This is also great for the millennial creatives who work for themselves or small business owners who may not be able to afford health insurance.

Arif: It’s great for the gig economy because those people are generally freelancing, they’re doing multiple freelance projects and that means they’re not with an employer so they likely don’t have employer subsidized insurance. They’re either buying their own insurance which can be very expensive or they’re going without insurance, which is unfortunate. So you’re right, we can help those individuals get access to healthcare and they can provide it to their employees, if they have them, as a perk. We’ve actually partnered with two companies to help make that a reality.

MADE: We’re excited for the future of Hello Alvin! It’s going to help so many people.

Arif: Thank you! This is a purchase that lasts you all year and you use it when you need it. It’s not insurance so it’s not going to cover you when you have to go to the hospital. But for many people, it’s going to solve a big gap in their medical coverage situation, especially when deductibles are really high. The average deductible is $5,000 in people’s healthcare plan and that’s a lot of money coming out of pocket.

Rick Ross on Living the American Dream and Not Fearing Death