“The Graduates NYC” is a new web series featured on AspireTV that follows the lives of six former HBCU students as they continue their lives and manage their careers as post-graduates in New York City. MADE Magazine sat down with two of the cast members, Kian Brown and Brittney Blackmon, to gain more insight on the show and their journey as aspiring entrepreneurs and executives within their competitive industries.

MADE: Can you all touch base on how attending a historically black college helped you to achieve your goals post grad life?

Brittney: Attending Howard University increased my network significantly. When I graduated, I was traveling the country with Exxonmobil, in every city that I was in I always had a Bison or a sorority sister that I could reach out to (in every city that I was in) could help me get acclimated and meet new people. Also, from since then I moved to New York City. People are always asking me (since I’m not from New York), how do you know so many people here. A lot of my network is Howard alum. Since moving here, we’ve gotten closer, they’ve become my network, and also just other HBCU grads in general are predominately my network in New York who’s helped me navigate the city and find new opportunities. Attending Howard is really the reason how I’ve been able to make it in New York.

Kian: For me, going to an HBCU really gave me a sense of purpose. They provided attention that I don’t think I would’ve received anywhere else. The work that I’m now professionally matters, that’s my life work. I received that understanding from attending an HBCU. I don’t think my colleagues and friends that went to the University of North Carolina received that type of experience. You’re not just a number at an HBCU, you’re a person. You matter, you a have support system and unconditional to others.

MADE: Brittney, we’ve heard you are a social butterfly. How do you manage work and play while pursuing your passions?

Brittney: Pursuing my passion in wine and spirits within sales marketing work and play goes hand in hand. I feel like with the career you dream of, you can do whatever you want to do in this world. So if you want to have a job that is equal work and play that you actually enjoy doing, that you enjoy the products that you’re selling or the brands that you’re promoting, you can do that. Wine and spirits has allowed me to do that. I’m out at restaurants, bars and clubs for work. I enjoy the work that I do. It’s things that I would anyway but I’m actually doing it for work also.

MADE: Can you give background on your company and how it kick started for you?

Brittney: Yes, so I work for Moët Hennessy’s activation agency strategic group. In my role, I am the portfolio specialist, so I represent brands in wine and spirits. I’m actually responsible for bringing the brands to life. I’m selling them in while also trying to help them move through the products by hosting events and getting placements on menus and back bars. It’s a lot of fun. I’ve been in the industry for five years now. I was doing promotions for wine and spirits in the bars and restaurants in my free time for extra money and realized that people make a full career out of it. So, that was exciting to me. I was able to network and meet people from different wine and spirits companies and was able to get in the door with a distributor from New York.

MADE: Kian, as an entrepreneur, what key challenges have you faced while grinding in New York to make a name for yourself.

Kian: I think one of the challenges that I face was (and currently is) really being bold about stepping in front. I’ve always been the #2 to the #1. From my internship with Russell Simmons and Kimora Lee to a non-profit I supported, stepping out boldly into the front and being the leader is something that really wasn’t me. I was very content being the support person and behind the scenes making the decisions and pushing the agenda. One of the challenges that I currently face is placing my name on the forefront and on a global scale – sharing my vision and my dreams, while also allowing others to support it.

MADE: Taking in the environment within an HBCU compared to New York, how would you say it’s different in terms of executing and connecting with people? How has that difference impacted you as continue along your postgraduate journey?

Kian: The difference between an HBCU environment and then culture or the life of New York is that (for me) no one is going to give you anything. No one is going to offer you anything. I think the HBCU environment for me was very loving and nurturing, as suppose to New York – which globally speaking is a cut throat, winner takes all, only the strongest only survives. That’s what New York represents itself as being. I’m grateful for what I’ve learned and the nurturing I’ve received because that was a catalyst for me to survive.

Brittney: I think that I’ve found that HBCU network is great, but it’s not everything. You’re going to still have to go out. You’re taught how to network and meet people at your HBCU, but there’s not always going to be someone from an HBCU in the places that you want to get to – which is one thing I found out in my career. So I just had to utilize the skills that I learned to make things happen, learn how to get things done, how to be professional and follow up with people. HBCU networks are not everything, you have create your networking in New York. There’s not formal organizations or networks that’s going to be able to get you where you want to get to.

MADE: How has this show contributed to your personal professional growth?

Kian: My book has challenged me to get it done. The reasons why I couldn’t get it done because it was personal things that I really didn’t want to do. I’m so grateful for the show because I’ve gotten several calls and correspondences about people seeing their personal stories inside of our stories, which is an incredible feeling to represent people in that way.

Brittney: I think the show has helped me to define who I am, what I want to represent, and what I want for myself. I’ve been more conscious of what I post on social media. I feel like young people who aspire to go to HBCUs, look up to HBCU grads, or what to know more about HBCUs are looking at me and I have a platform now. So, I want to use it in the best way that I can and be a positive representation or a role model. It made me want to be more of that, while also putting out positive images.

MADE: What key lessons have you learned from the show with a cast of diverse professionals as a whole?

Brittney: I can see the HBCU hustle among everyone. We’re all very driven. We’re all leaders. We know how to get things done and driven to be successful. I appreciate that about the group.

Kian: No pun intended, but we’re better together. I think that this particular cast debunked the fact that Black people have a “craft in a barrel” syndrome. I believe that this particular group of young professionals who are hustling and succeeding in New York work together well, rally behind each other, support one another and fight hard for each other – and I’m grateful for that.

MADE: In your own opinion, what takeaways do you aim to deliver to the audience of The Graduates NYC?

Kian: Three things that I say now is, one, give HBCUs a try. Whoever you are, wherever you are, whatever nationality, whatever your interests are, try HBCUs for the undergraduate experience. There are 107 of them all across the nation. Give them a try. Also, give back. Give money to Black endowments. By the numbers, Black endowments are very much smaller than PWI’s (public-white institutions), and that’s directly because of generosity. We have to give. The last thing I’ll say is treat everybody like a million bucks. Anybody that you interact with, you want to make an impact on them. You want them to say, “My day is a little bit better because I met this individual”. I believe HBCU graduates and current students will gain a lot from that, no matter who you meet.

Brittney: I would say be the change that you wish to see. When we were on the show, we identified the issue on the police and the relationship between Black people. We went to learn more about it. So educating yourself on how you can make a change is what we did when we completed the voter’s registration drive. We were able to make an impact and not just complain or talk on social media. It’s important that we rally together and be ready to make changes, in order for us to make sure that we’re taken care of.

MADE: What’s next for you guys as professionals? What can we look forward to with the next episodes ahead on The Graduates NYC?

Kian: For me, I want to be a recurring character on national television as a personality and talking head concerning issues about Black people, educating our young men of color – being a ‘transformational’ leader on a larger scale. I really want to raise my declaration of two billion dollars for North Carolina University and increase endowments for all HBCUs in a major way. What’s next for me is really promoting HBCUs, especially under Trump’s presidency in the White House. We want to make sure that people are cognitive and aware on HBCUs and their importance. That’s my mission for now and til forever.

Brittney: I definitely want to have more episodes – longer episodes – but really be the voice or face of HBCUs. I really enjoyed the opportunity we had to speak at the White House initiative for HBCU Conference and to just be the voice for young people. For me as professional, I would like to continue to work in wine and spirits, taking on more experience in marketing decision roles – utilizing that outlet to give back. 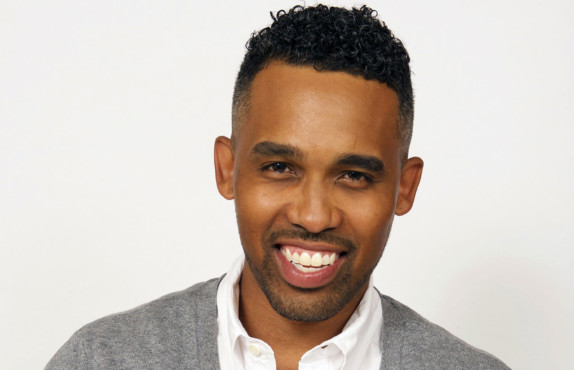 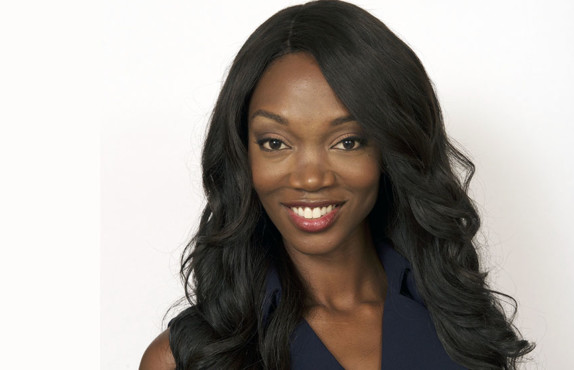 Visit the official website of The Graduates NYC to watch all eight episodes of Season 1 HERE.

MBA Graduate Pioneers The Events Industry With A Game-Changing App