Nev Schulman, host of the MTV docuseries, Catfish, recently tweeted a painfully regressive (and random) statement about African-American women posing as something other than themselves online. (He later removed this tweet from his account after Black Twitter took over.)

I’m not sure if this was a cheap marketing tactic to promote his show by riding the huge social media waves the #BlackGirlsRock Awards made during their broadcast on BET last night or if Nev just really wanted us to know how he felt about black girls.  Either way, his tweet was a shining example of America’s attitude towards us. It also justified why Beverly Bond’s brainchild is so desperately necessary.

The 5th annual Black Girls Rock ceremony was hosted by beloved Black-ish actress, Tracee Ellis Ross and featured performances by some of Black Hollywood’s best including Brandy, Andra Day and Gladys Knight, but it was Tracee that stole the show.

Dressed in a fierce red jumpsuit, Tracee opened by paying homage to the consummately fierce (her mom Diana Ross, Beyonce and Queen Latifah among others) with a few expertly timed costume changes, perfectly choreographed moves and hilariously on point one liners. Overall, she did an amazing job at keeping the show light and full of laughs.

The night also had some incredibly poignant moments as well, including a moving speech from Star Power Award recipient, Danai Gurira. The Walking Dead actress looked ethereal in a cream colored gown and sounded regal as she reassured the little black girls of the world that their resilience is unparalleled: 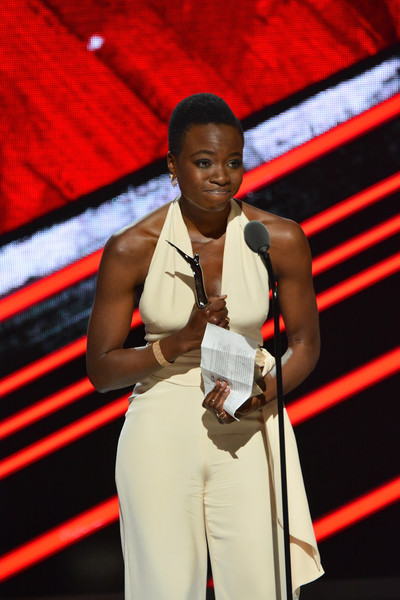 “I want to encourage all these other black girls. I know it can get tough out there. It can get downright ugly. I have walked the path, or some version of it, but know you are designed for greatness. And black girl, you rock because you have so much potential. Your power and your resilience will help to heal this world…

…You have a resilience that is in your DNA…whether you want it or not. You are what the world is waiting for. Whether the world acknowledges that or not. Step into your uniqueness. Protect it. Nurture it. It is precious. No one can do what you can do or contribute what you are destined and designed to contribute.”

Amandla Sandberg snagged the Young, Black and Gifted Award (duh) of the night and left the audience spell bound with her extremely inspiring words: 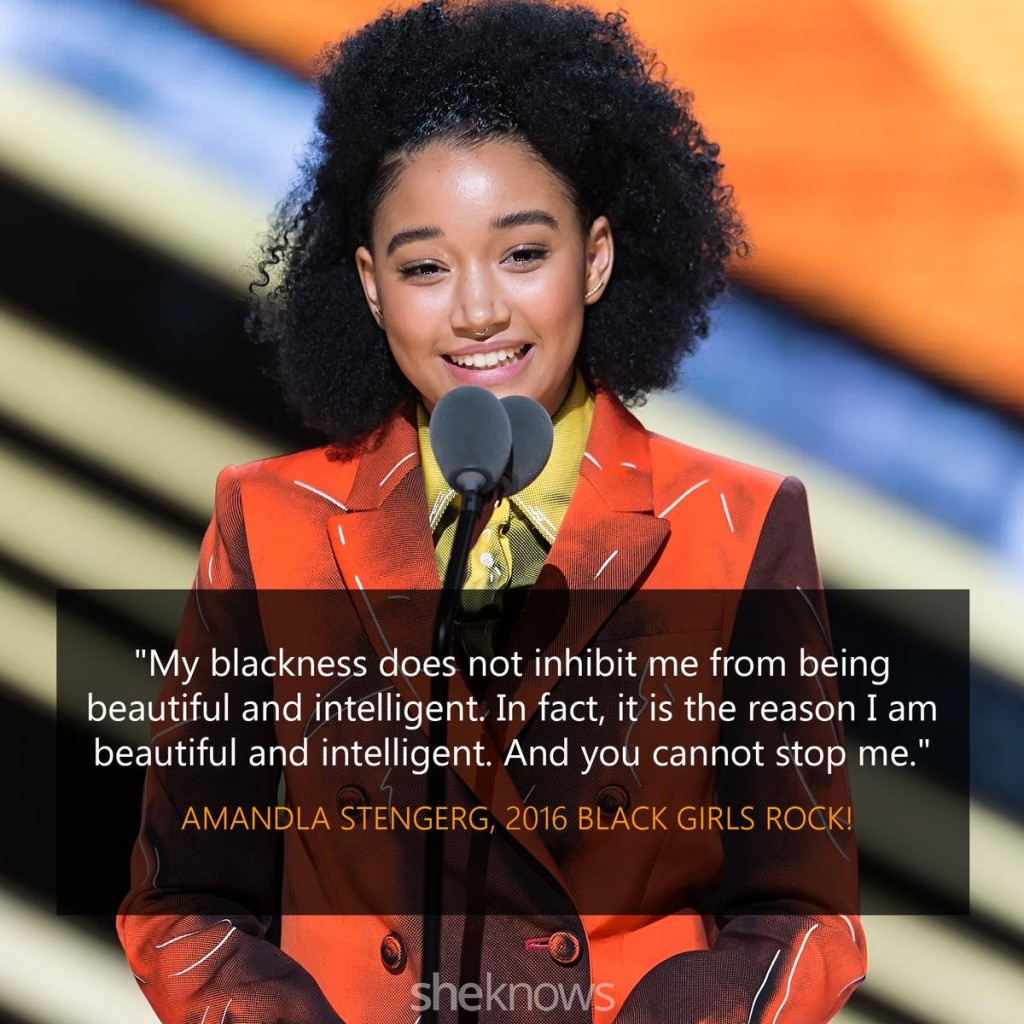 “I remember looking in the mirror when I was a little girl, and looking and all that hair, and being like, “Ugh why is that there?” I wanted it to go down so much. I remember suppressing it and brushing it. And being so frustrated that I was so big and so bold. I felt like I took up too much space.

Diva extraordinaire, Gladys Knight was awarded the Living Legend statue, presented by Kelly Rowland and good friend, Dionne Warwick. Before blessing us with her flawless vocals, Glorious Gladys left the kids with a few words of wisdom: 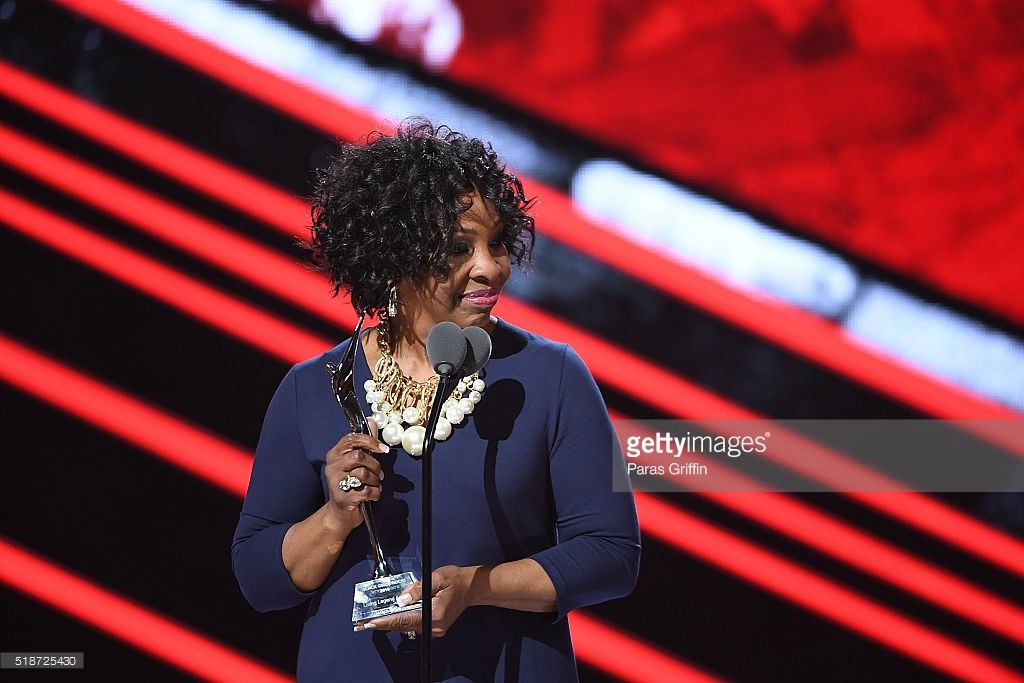 “My first trophy was given to me when I was 7 years old. I had just won the Ted Mac original amateur hour. It was right here in New York. But there were none of my sisters there. There were none of my sisters to help me hold the trophy as they had asked the kids on the show to do, and none of their parents would allow them to do it. I was the only African American sister on the show…It was amazing, because I had a black girl that rocked in my family. I called her mom. She nurtured me.”

Shonda Rhimes was also honored for her all around badassedness with the Shot Caller Award (is anybody else living for these award titles?) and spoke about daring to make  your dreams come true with or without anybody’s permission: 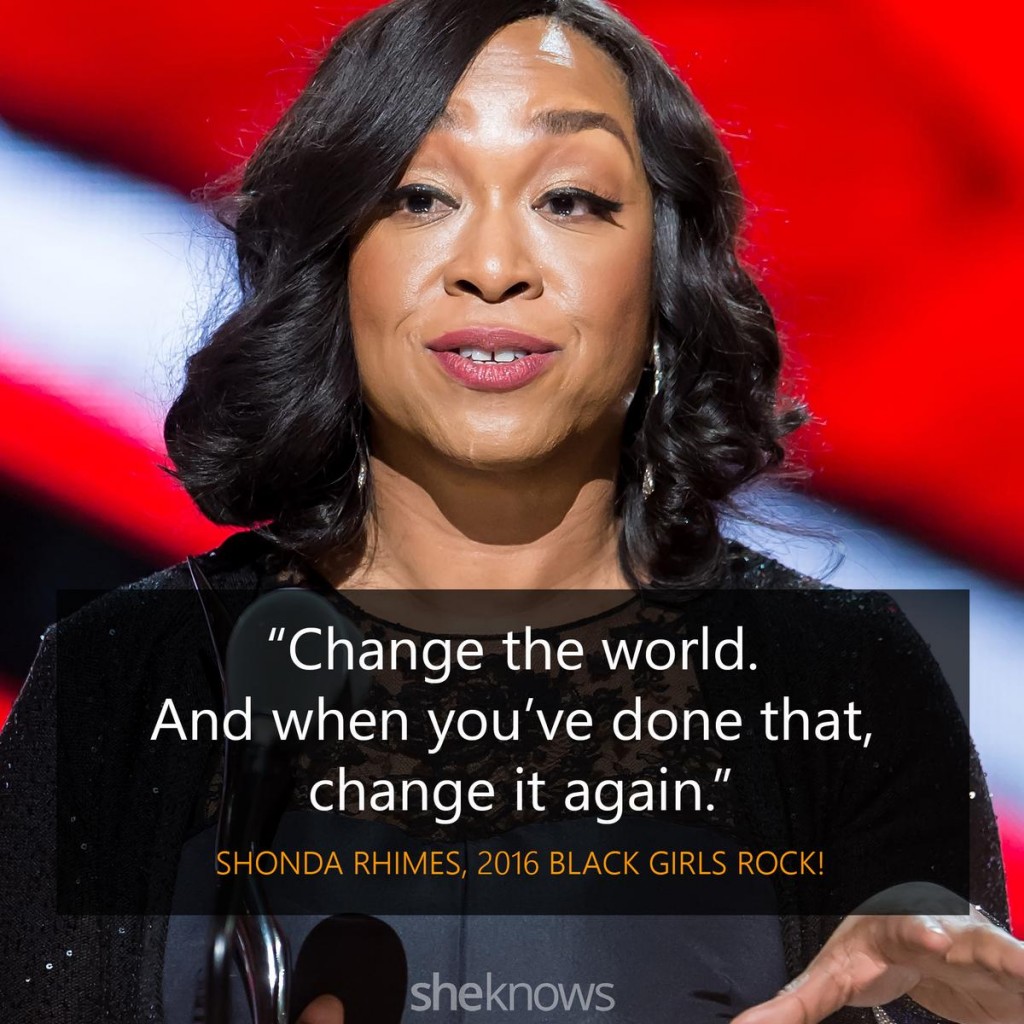 “For those of us up here on the stage, our careers have been named. Our paths have been chosen. We have picked our mountains and we have started to climb it. Because the minute someone starts giving you awards, you are more history than future.

…Your slates are blank. Your paths are clear and your stories are whatever you decide they’re going to be. You are the builders of the 21st century. You have a right to the universe. You were given then right simply by being born. So you already rock… Change the world. And when you’ve done that, change it again.” 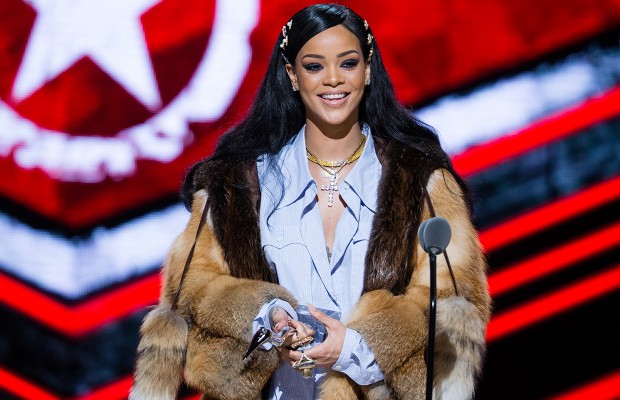 …This world is so big and it can be so confusing at times that you tend to forget and you tend to be so indented or tainted by society and the only thing that’s kept me going is being myself. And the minute you learn to love yourself you would not want to be anybody else. Role model is not the title they like to give me, but…I think I can inspire a lot of young women to be themselves and that is half the battle.”

Last but certainly not least, the leaders of the #BlackLivesMatter movement were finally formally recognized for their unbelievably courageous efforts over the last few years. Opal Tometi, Alicia Garza and Patrisse Cullors received the Change Agent Award and clarified exactly who they are, what they do and how it will change the world: 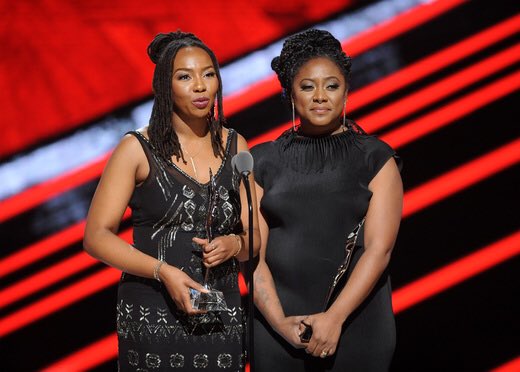 “We did not start the Black liberation movement, but we are honored to contribute. Our fight is grounded in the pursuit of dignity and sanctity of all Black lives. We are not the new Civil Rights Movement; however, we stand on the shoulders of giants who paved the way for Black dignity. We who believe in freedom cannot rest.”

My spirit, soul and tear ducts can hardly wait until next year’s show. What’d you think about it? Post your comments below!