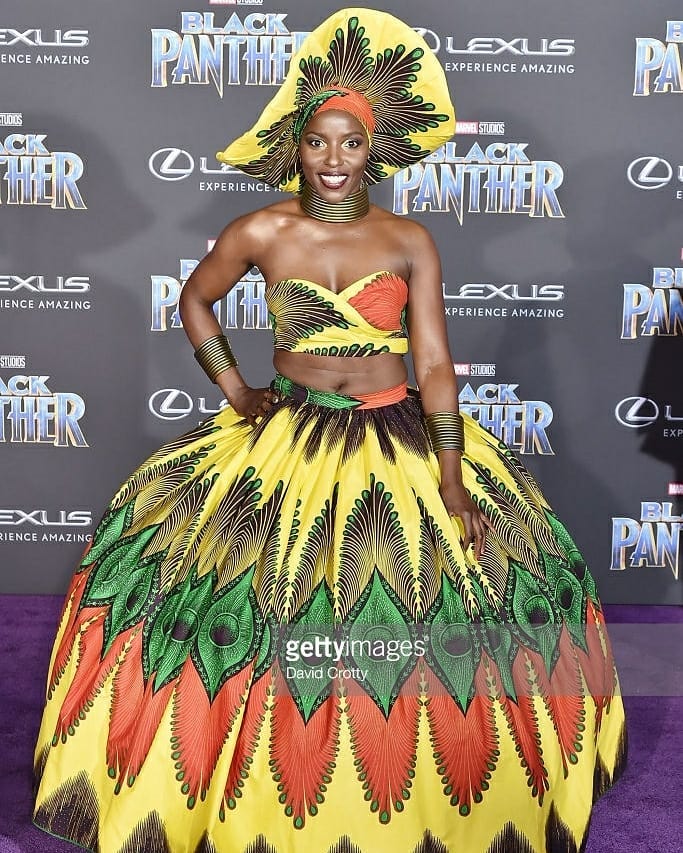 By now, we’re sure that you’ve already fallen in love with the fierce protectors of Wakanda, the Dora Milaje, otherwise known as the Black Panther’s bodyguards.  Marvel’s latest powerhouse installment, ‘Black Panther’ is a rare cinematic manifestation of black girl magic, with its intentional central placement of strong black women throughout the entire film. One of the standout characters, Okoye (Danai Gurira), general of the Dora Milaje, fiercely protects King T’Challa (Chadwick Boseman) and often risks her life with death-defying stunts. The real-life superhero behind the breathtaking moves is seasoned stuntwoman, Janeshia Adams-Ginyard. We recently sat down with the Jamaican-American bada– and she shared how she got her start in the business, what she’s faced as a black woman in Hollywood and what ‘Black Panther’ really means to her a woman of color. 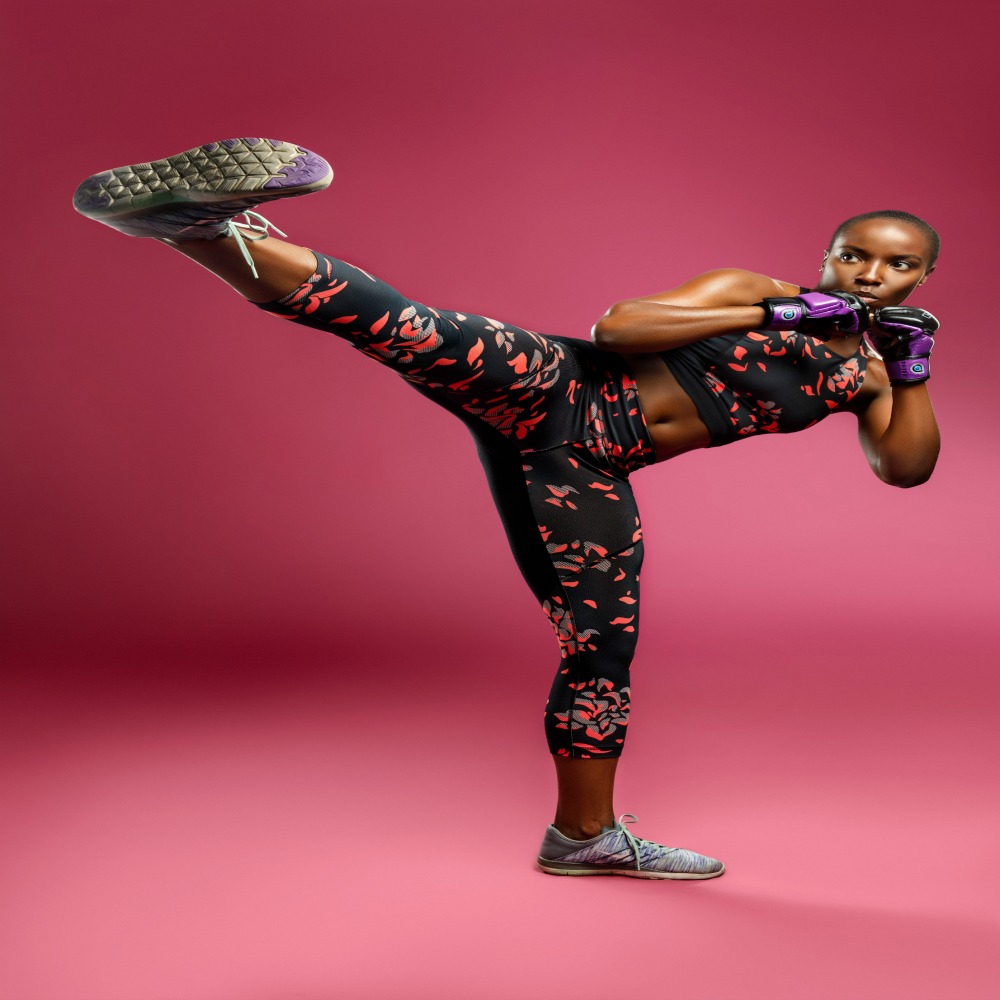 MADE: I read that you have an athletic background and ran track but how’d that translate into being a stunt double?

JAG: Yes, I’ve always been athletically inclined and really interested in sports. After college, I was actually planning to be a sports commentator and sign language interpreter for athletes. I wound up falling in love with the art of stunts after having studied taekwondo and realizing that a lot of what I’d mastered through that sport, was what these stunt people got paid to do in shows and films.

MADE: So, the transition into stunts was fairly easy for you then? How’d you get into this industry?

JAG: I wouldn’t say it was easy but failure is never an option in my life, so I made it happen regardless of the challenges. I’m Jamaican, you know we keep 5-6 jobs at all times; I hustled my way into my career and haven’t looked back since (laughs).

First, I walked and talked as if I was already a stunt woman before I even got hired for a job. Eventually, I was able to break into the industry by being an extra and a stand-in for various projects. That enabled me to get into the actor’s union and paved the way for other roles.

MADE: How challenging has it been being a woman of color in an industry that hasn’t traditionally been as diverse?

JAG: Oh, it’s funny. You see the people setting up the roadblocks as you’re trying to navigate the path to success.

It’s been an interesting journey, to say the least. For example, I was befriended by a seasoned stunt-woman that said she was going to be my mentor and I remember her saying, “I don’t how to feel about you right now; you’re getting all the jobs.” As a fellow black woman in the industry, that’s just not something you say to your sister. There’s enough work out here for everyone if you’re diligent and willing to hustle hard. No need to step on anyone’s back to stand up straighter.

I’ve also learned to govern myself more cautiously when interacting with non-ethnic people while on set due to an experience I had while working on a really big budget movie. At that point, we had been working as the doubles for the four main characters, who were the only black actors in the project. During a break, I was talking with my makeup artist and the craft services lady asked whether I was an extra. We laughed, said “no, I’m not background,” and continued on with our conversation. She then went to my superior and said that I had an attitude and went off on her. That experience reinforced how pervasive preconceived notions and racial biases can be. Because I’m black, a woman and dark-skinned, it’s a fair assumption that I have a bad attitude when it’s simply not true.  Now, I just make sure I always have a witness around to act as an interpreter so misunderstandings like that don’t happen anymore.


MADE: There’s been a conversation about diversity and inclusion in Hollywood. Having worked in the industry for many years, have you noticed a shift at all?

JAG: I have seen a subtle shift in the industry. Now castings are even more intentional and thoughtful. Slowly but surely I’m seeing actresses that look more like me and not just Halle Berry getting a chance to flex their skills. But there’s lots of room for improvement.

MADE: The Black Panther women are so powerful and revered. As a black woman, how did it feel to be apart of apart of a project where we are not only apart of the storyline, but an integral piece of the main character’s success?

JAG: I knew that this project was going to be powerful because we had to shave our hair. The fact that this movie required us to shed all of that, and walk in what we were born with? I knew it was going to be impactful. On top of the fact that, we were REQUIRED to be strong, confident and unified. It’s mind-blowing. I hope these tropes trickle into our everyday thinking.


MADE: I read that the cast didn’t see the film until the red carpet premiere a few weeks back. How’d you feel when saw the finished product? Did it live up to your expectations? Exceed them?

JAG: That’s so funny that you say that because people are always surprised to hear that the cast didn’t get an advanced viewing of the film (laughs). We saw it practically with the rest of the world and I’m glad it played out that way because I am just as much of a fan of the film as anyone else. Seeing how beautiful everything turned out, the power in every shot, the magic behind every line. It FAR exceeded my expectations by leaps and bounds.

MADE: Well,  I just have to say, on behalf of all of the fans of the movie, we are so proud of y’all for giving us such a gift. Thank you.