On November 16, 2016, the final stop of the “Women Who PayIt4Ward” Brunch Series took place at STK Miami to celebrate four inspiring women who have  have had a dynamic impact  on the Greater Miami community. Prior to the event, BMW invited guests to  “Drive for a Cause”, where for every BMW test drive , a donation of $100 was made to Miami Rescue Mission, a 501c3 dedicated to providing support to homeless women and children. In addition, guests also participated in BMW’s oy and food Drive, in which goods were sent to Miami Rescue Mission as well.

The final BMW honors brunch in the “Women Who Pay It 4ward” series recognized the following honorees. 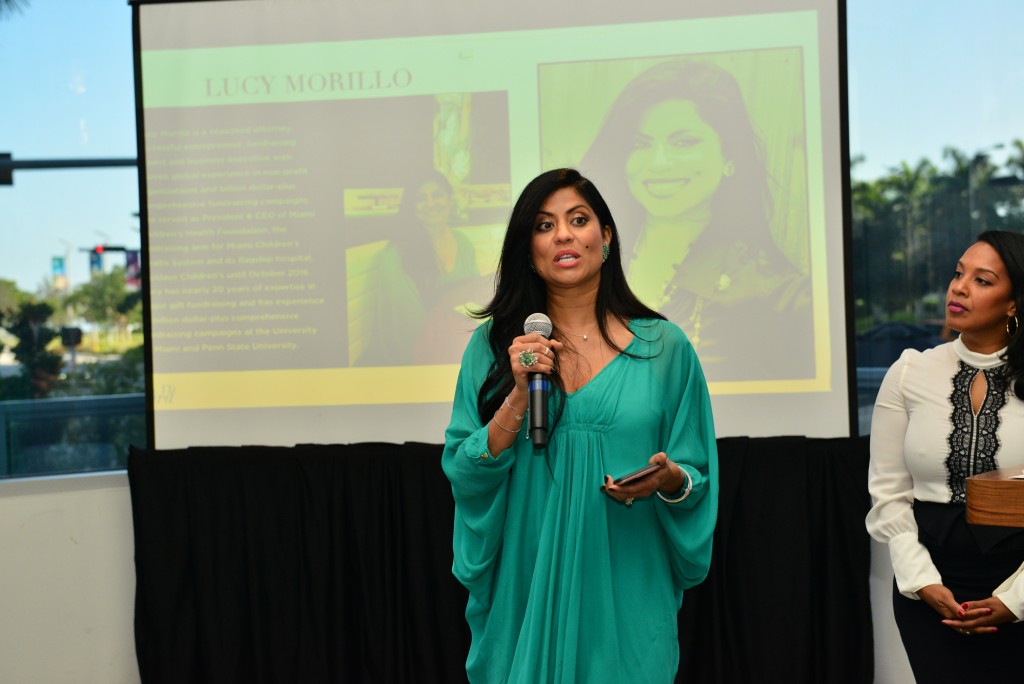 Lucy Morillo – With global experience in non-profit organizations and fundraising, Morillo previously served as president and CEO of the Miami Children’s Health Foundation, in addition to the fundraising arm for Miami Children’s Health System and Nicklaus Children’s Hospital. Morillo was also executive director of Estate and Gift Planning for the University of Miami, and an adjunct professor in the University of Miami Political Science Department. Previous recognition to Morillo was given from People En Español, Ocean Drive magazine and the Commonwealth Institute of South Florida. With a bachelor’s in Administration of Justice and Business Law from Pennsylvania State University, a master’s in Public Administration from Penn State, and a law degree from the University of Pittsburgh School of Law, Morillo holds experience in civil litigation and estates and trusts attorney and longtime member of the Association of Trial Lawyers of America. 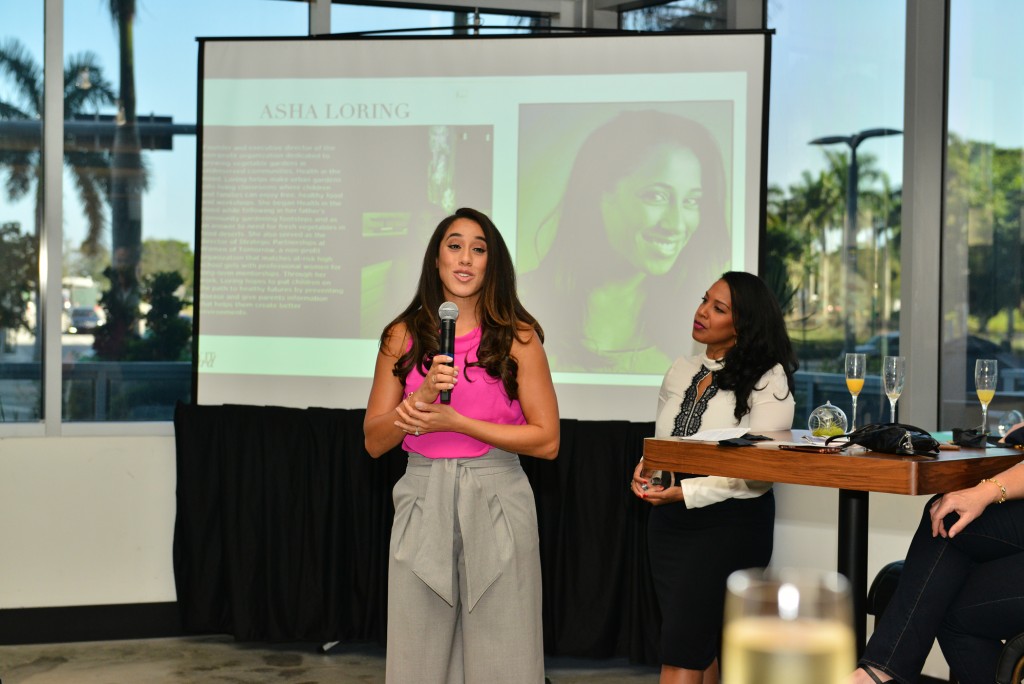 Asha Loring – Founder and executive director of the non-profit organization Health in the Hood, Loring contributes to her community by making urban gardens into living classrooms where children and families can enjoy free, healthy food and workshops. After receiving her Bachelors Degree from Florida International University, Loring began her career as director of Public Allies Miami for Americorps. In addition to her public service, Loring has also served as the director of Strategic Partnerships at Women of Tomorrow, a non-profit organization that connects high school girls with professional women for long-term mentorship programs. As her career continues, Loring hopes to put children on the path to healthy futures by preventing disease and give parents information that helps them create better environments. 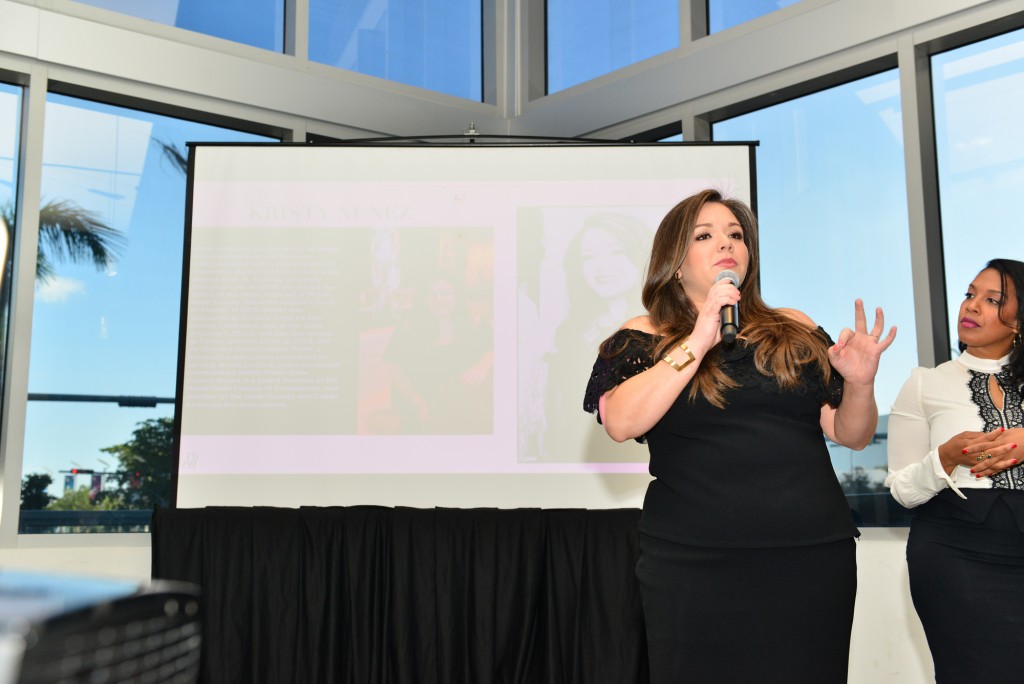 Kristy Nunez – Graduate of University of Miami, earning a bachelor’s in Business Administration with a concentration in Marketing, Nunez later attained a law degree from St. Thomas University School of Law. In 2005, Nunez joined the Office of the State Attorney in Miami-Dade County, Eleventh Judicial Circuit of Florida. Currently this year, Nunez was appointed as Division Chief for the Human Trafficking Unit at the State Attorney’s Office – in addition to previous service as Felony Division Chief. In 2009, she co-founded UrbanPromise Miami, a nonprofit organization committed to serving at-risk youth in under-resourced communities within Miami-Dade County. Nunez is also board member of the Miami-Dade League of Prosecutors, and active member in the Dade-County and Cuban American bar associations. Previous honors awarded to Nunez includes the Women’s Committee of Big Brothers Big Sisters of Greater Miami, The Women’s Fund, and The Melissa Institute.

Suzanna Valdez – Currently vice president of Advancement for the Adrienne Arsht Center of the Performing Arts, Valdez formerly served time as chief of staff alongside City of Miami Mayor Manny Diaz. In addition, Valdez also was Miami Program Director for the John S. and James L. Knight Foundation. Valdez held employment in Washington, D.C. in the U.S. House of Representatives and Senate as special assistant to Al Gore. She was appointed by President Bill Clinton to the White House Office of Public Liaison as special assistant to the President and went on to appoint her Deputy Chief of Staff at the U.S. Department of Labor. She also resided New York, where she was associate director of the Eugene M. Lang Center for Entrepreneurship at Columbia Business School. After receiving an MPA from the School of International and Public Affairs at Columbia, Valdez took the role of executive director of the Task Force on Television Measurement for Nielsen Media Research. Currently, she holds position on the First Focus board , TEDxMiami board, Miami Foundation Fellows Selection Committee and Hispanic Leadership Advisory Committee for Nielsen Media Research. 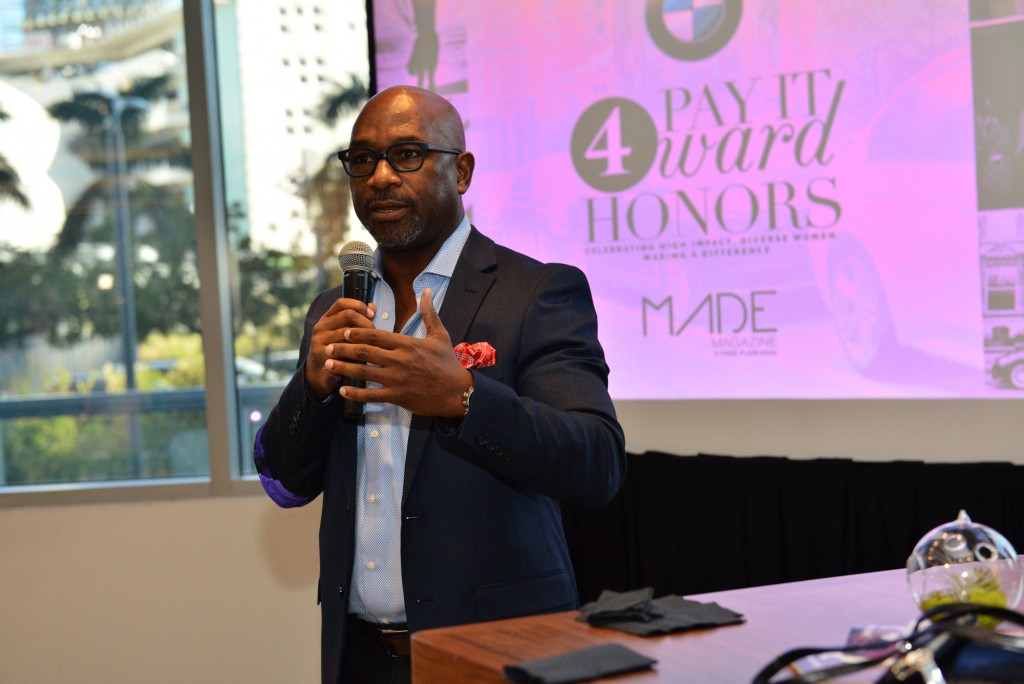 Kevin Williams, Head of Multicultural Marketing at BMW Group, perfectly summed  up BMW’s “Women Who Pay It 4ward” 2016 Brunch Series by saying, “There is no better time to close this series’ 2016 season than the holidays. We’re excited to honor more women of influence and leave a philanthropic impact on the city of Miami.” Collectively, the 2016 Brunch series has honored 16 women with an estimate of $10,000 in donation to charities  in North America. MADE Magazine was the official media sponsor for the event. 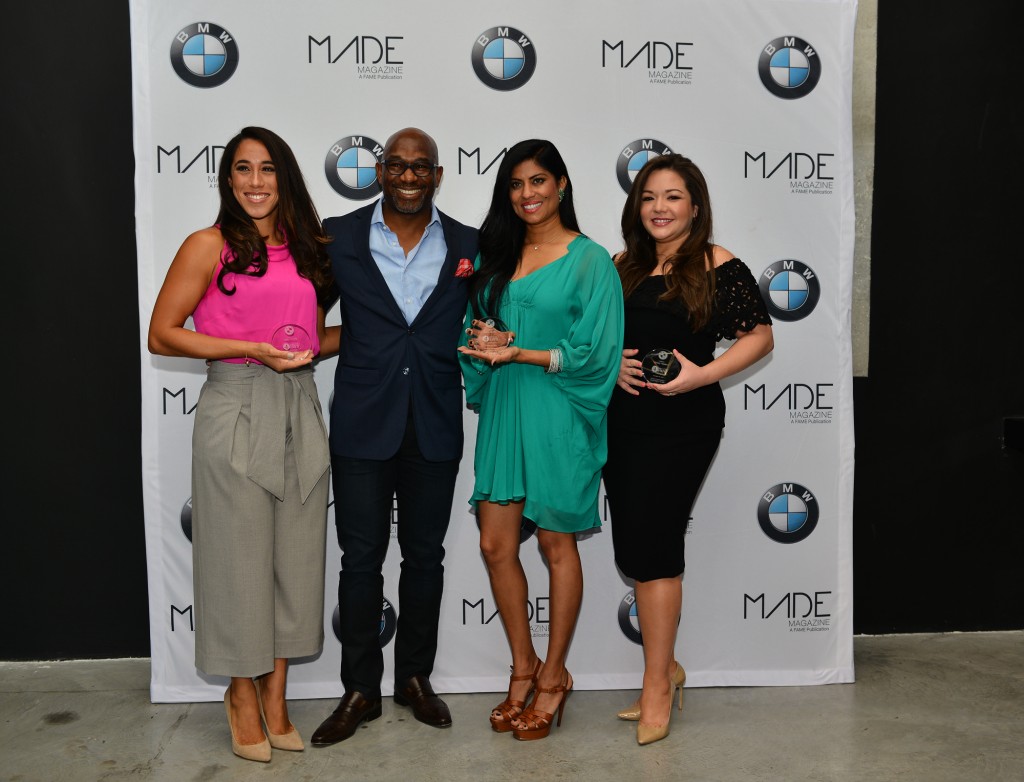 How to Turn a Million "No's" Into a Solid Yes