For more than a decade, Starrene Rhett Rocque has worked for such esteemed publications as Vibe, Ebony, Jet, and XXL among countless others and has established a stellar reputation as a trusted entertainment journalist. With interviews featuring everyone from Nicki Minaj to Talib Kweli, you would think that Rocque’s colleagues regarded her with the respect she’s earned. Yeah, not so much.

Rocque, from an early age, was a budding journalist, with roots that stretched back to her LaGuardia High School days where she contributed to different writing projects before earning a degree in broadcast journalism from Hampton University. In 2008, she eventually took her talents to the bloggersphere with GangStarrGirl.com, freelancing while working at top hip hop magazines. Every writer’s’ dream, right? Eventually Rocque’s career was the literal embodiment of the adage, ‘everything that glitters isn’t gold,’ and she realized that life behind the glossy pages wasn’t all it was cracked up to be.

After years of working under less than desirable conditions at some of the nation’s leading urban magazines, Starr decided to take her frustration to the place she’s most familiar with: the pen and paper. Her new book, Bloggers Can’t Be Trusted is loosely based on her life as a young, black journalist struggling to keep her sanity in a world full of egotistical celebrities, editors and wanna-be writers. 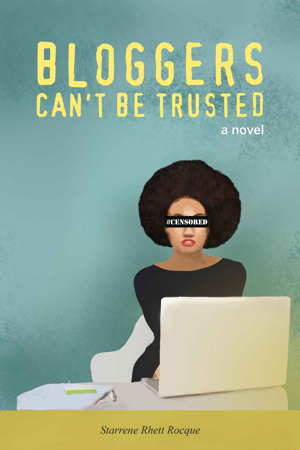 Starr’s real life experiences as a writer inspired some of the main character’s (Nyela Barnes) most crazy moments.

“I would definitely say that my work was disrespected often and that paralleled Nyela’s experience while working at Spark Magazine.  I’ve had many Tonys (Nyela’s difficult editor-in-chief and publisher) during my career and it’s been just as ridiculous as what’s depicted in the book. For example, like Nyela, my ideas would often either go ignored or be completely stolen by a male or more senior level writer, leaving me with no credit. It was extremely frustrating.”

‘Bloggers Can’t be Trusted’ was a cathartic release as a result of professional burnout.

“I actually started the book years ago with the same character but in a different setting while I was still employed. I didn’t however, have the wherewithal to actually reframe and finish the book until I got fired for the third time from a staff position I held at a large company. I’ve always had freelancing on my side, but after the last layoff, I used it as a means of survival which gave me the inspiration to finish my book as well.”

When she realized that as a trained journalist, she had to embrace bloggers instead of resenting them.

“I’m a journalist, so by default I’m also a cynic. When bloggers first came on the scene a decade ago, everyone thought it was going to be a passing trend because those who were blogging were doing it for a hobby. Once I realized that not only was it here to stay, but that it was a driving force of the culture, I felt like I had to fiercely protect my credentials because untrained bloggers disguised as journalists would regularly push yellow journalism and that’s just not my style. Now, more than 10 years later, I realize that overgeneralizing bloggers is unfair and there are some extremely credible ones out there that I’d love to work with. Nyela had to learn the same lesson.”

Much like Nyela and her boyfriend Ola, Rocque’s husband (Digital Content Director at Essence Magazine) is her biggest fan.

“Although Anslem {Rocque} and I are in the same industry, we don’t ever find ourselves acting as competitors. He’s my sounding board, editor and biggest cheerleader. He even helped edit the sex scenes in the book.” 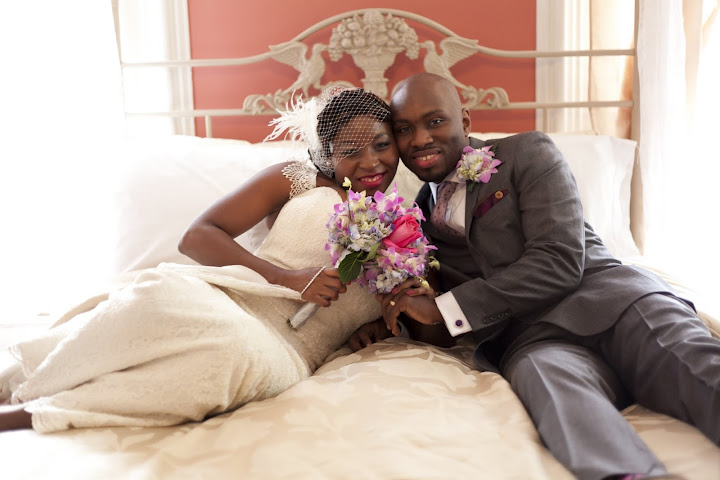 The self publishing process was a challenging process, but a rewarding one.

“While writing the book, I fantasized about securing a huge book deal, but after looking at it with a more critical eye, I realized that that wasn’t something I wanted.  I, essentially would be relinquishing full control over my project and leave my words up for repositioning. Self publishing allowed for my vision to come to fruition in the exact way I wanted it, from the cover to the words. Although the indie route allows for less support, you have exponentially more control over your message.”

“Throughout the book, Nyela was extremely hard on herself and never allowed for pride when it came to her accomplishments. She obtained an advanced education, made a decent living by following her passion and was working at a top publication all before the age of 30. You’d never know it by the way she complained about certain things, though. I was much the same way, and it wasn’t until my loved ones pointed out my achievements that I realized I was living in the same space of ungratefulness and cynicism as Nyela. I know better now.

How To Ensure Your Future Is Greater Than Your Past

Mind Your Business: 3 Types of People to Avoid In Your Career