As of late, we’ve been seeing an influx of content centered on gun violence, poverty and racism; all real issues that plague the African American experience. Yet, one devastating epidemic has managed to fly under the radar: sex trafficking. Filmmaker, Deon Taylor vowed to expose the billion dollar industry through his new film, Traffik; an industry that’s made up of more than 52% of black women victims in the US, most under the age of 18.

“This is a problem that is right up under our noses and we haven’t been talking about it,” he said.

Traffik, a psychological thriller that stars Paula Patton who plays an investigative journalist that stumbles across a sex trade ring while on a road trip, originated when Deon read an ad about kidnappers claiming young victims in shopping malls for trafficking.

“This is a unique issue that affects people from all walks of life,” he said. “From the poor to the affluent, black, white or otherwise, you can be taken and sold like a product.”

Starring alongside Omar Epps, Paula Patton and Roselyn Sanchez,  Laz Alonso said the film was one of the most challenging of his career.

“I wanted to do something a bit different this time around,” he said, referring to his long resume’ of good guy roles. “I was really forced to dig deep and ingest this heavy material while being ok with playing the guy that people either loved or hated.” 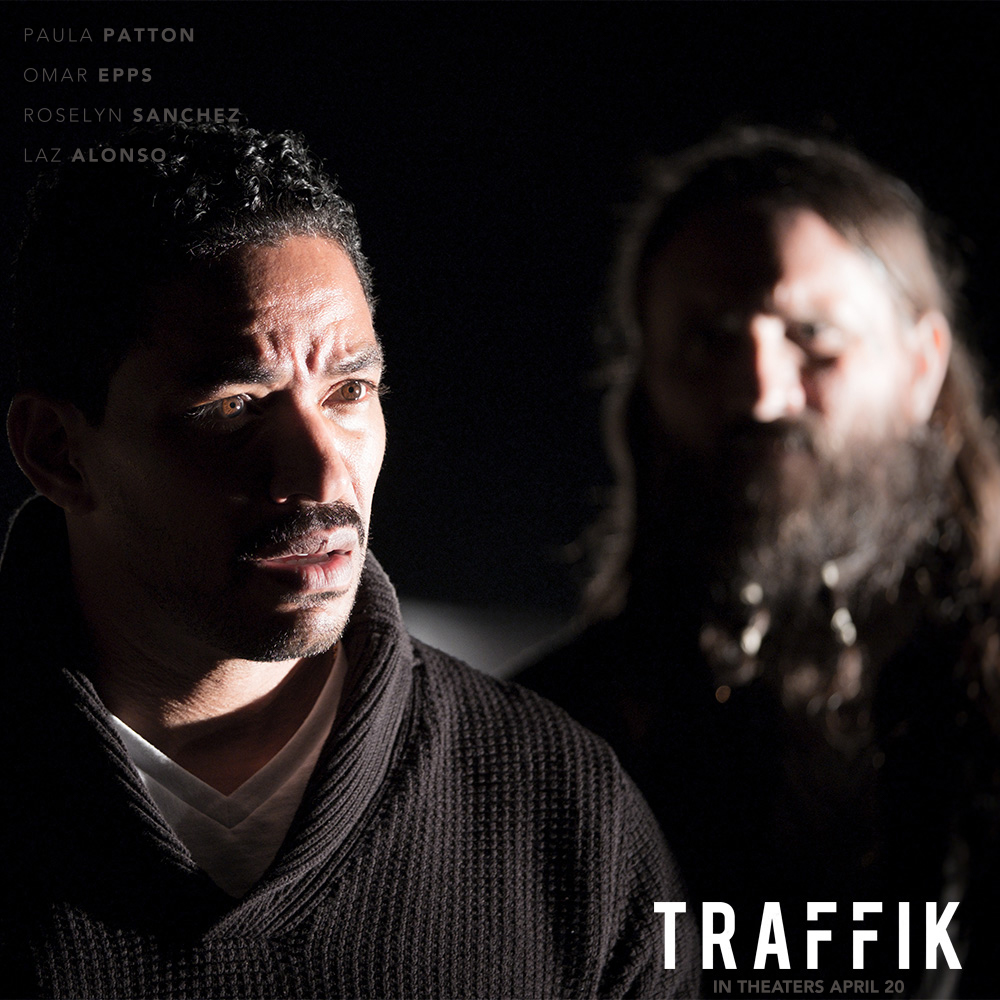 Although this “love story turned into a thriller” mixes social issues and touches on emotionally charged subject matter, it provides viewers with the hope that this dark, hidden industry will eventually be taken down by merely shedding light on it.

The Cutlers Keep It Real On Love, Life & Relationships