<![CDATA[<p class="p1">It’s rare that the small town, big city move works for millennial creatives on a whim. However, the move for pop culture fashion designer Jeremy Scott did. There’s a range of connotations when mentioning the designer and his work. Most either are complete fans or critics. In the latter category, the designer left a remark for thought: have you ever seen a critic get recognition. The enticing documentary gives insight to the madness before a runway show, interviews from clients and critics who shed spotlight on the mind of Scott.

The documentary begins with the designer describing his impact on pop culture. After the green room dissipates into a futuristic background. Jeremy Scott reminisced about his humble childhood beginnings from rural Missouri. With a nonchalant tone, Scott mentioned how he always felt like he did not belong. It was no surprise that the designer who aspired toward the hustle and bustle of NYC decided that his next move after graduating high school was to go to FIT. The fashion school did not accept Scott with open arms as the trend of molding your brand to conform to lines such as Ralph Lauren and J. Crew. Going against the grain in Scott fashion (no pun intended), Jeremy Scott interviewed with the Pratt Institute and was shortly after accepted. He then took his sketches and materialized them into true works of art learning the fundamentals of creating his off the chart designs. Settling down after graduating from Pratt was not in the cards as the designer picked up once again to flee to Paris for even higher fashion aspirations to secure a job at a fashion house.

The scenery was quite inspiring but despite all the interviews, Scott was unable to find just the right fit. After sleeping on a friend’s floor and an argument about if he wanted to be a part of fashion that he should start his own, Scott was fueled with fumes of wanting to prove the world wrong. Gathering scraps of fabrics to create his first line, the designer lucked up on inviting a news-anchor who then exposed Jeremy Scott to the entire country. After that moment, Scott began to attain recognition but still restlessly was not able to find the feeling of belonging. The American uprooted for one last trial run to LA. Jeremy Scott made a name in his own right for off the wall wacky creations.

Meanwhile, the designer appeared unphased to the constant criticism while mentioning how you have to accept the good along with the bad. Any publicity is good publicity in the sense that you’re stirring the pot and creating a dialogue amongst the public. During the interview the designer failed to mention his clientele in the ranks of Paris Hilton, Katy Perry, Miley Cyrus, Rihanna, and plenty more. Scott is an evolving artist and it shined while Vlad Putin’s crew followed the designer while prepping for his Spring 2016 Moschino show. The resemblance in madness and theory among the now head designer versus the originator of the brand are unparalleled.

No matter what your connotation with Jeremy Scott, you will not be able to deny his impact. The documentary released late last year but is now available for streaming via Netflix. Two thumbs up and a sashay on the runway later and Jeremy Scott may be the next Warhol of the fashion world. 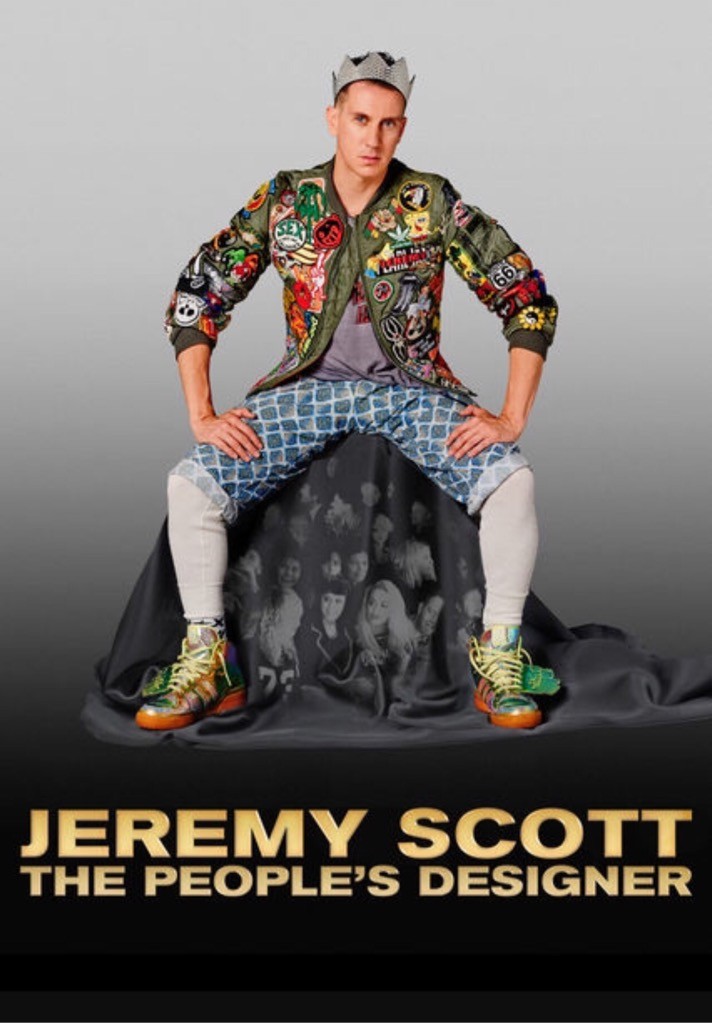