Stormy Simon, 48, sent shockwaves through the world of e-commerce when she stepped down from her post as president of online retail giant, Overstock.com to “pursue other opportunities” in 2016. She left us even more shook when we learned of her next move. That other opportunity she spoke of? The cannabis industry.

Simon recently sat down with MADE to unpack what made her switch professional gears, how she worked her way up from community college dropout to the boardroom and how she plans to change the face of cannaprenuership. She also dropped some gems for Generation Y-ers looking to change their career course. Check it out!

On why she decided to change career paths:

You know it’s kind of crazy that I did decide to pivot from my position at Overstock to what I’m doing now, isn’t it? The cannabis industry is unchartered but so was e-commerce at the time that I stepped into it in 2001. We were the first ones to ship large pieces of furniture online so everything was really new to us and every day was like a puzzle that we aimed to solve for our customers. This opportunity with cannabis is no different for me.

I really had a front seat of the evolution of an industry–seriously. Starting as a temp to earning my way to the top as the president and member of the board is the American Dream. So, 15 years later, I’m an empty nester as a single mom and I have less responsibility now that my children are adults. I knew I needed something to intrigue me again.

Why she chose the cannabis industry:

I’ve been following the industry from the outside for years now; watching how regulations have played out within certain states and observing how siloed the industry has been and said to myself “I’m interested in this…this is going to be HUGE.” I was fascinated by the fact that prohibition is actually happening in our lifetime and I want to be apart of that movement.

When I first left Overstock, I grabbed a job in a 90,000 sq ft grove with cannabis plants everywhere and it really opened my eyes to the possibilities of what our entire country could look like with a government that fully embraced legalized marijuana. The benefits of the plant are endless. One of my passions is medicinal marijuana and the positive effects it has on children with life-threatening diseases. We should have the right to try natural, organic healing alternatives without persecution, no matter what part of the country we’re in. That’s essentially what led me to join the board of Cannakids, an organization dedicated to raising awareness of the positive effects of cannabis-based treatments for adult and pediatric patients. There’s just so much more passion running through this industry than anything I’ve ever seen and it’s amazing.

How she gathered the courage to reinvent herself:

It was a three-year decision that I worked through after two really important life moments happened: the birth of my granddaughter and the death of my mother. My family began to really trump everything, including work. I was forced to look at how I was leading my life and evaluate how much time I elected to spend away from my loved ones. I also thought about how much of my identity was wrapped up in what I did professionally and it scared me. So before I really made the decision to leave, I had to figure out who I wasn’t going to be when I was no longer Stormy Simon, head of Overstock.

Because make no mistake, people love a title and without it, you can get lost very easily if you’re not grounded in something great outside of your job.

When I finally left, I got to take all of those experiences and successes and the build with me. Contrary to what I originally feared, it wasn’t the end of a persona. I just decided to give myself the right to experience something new. 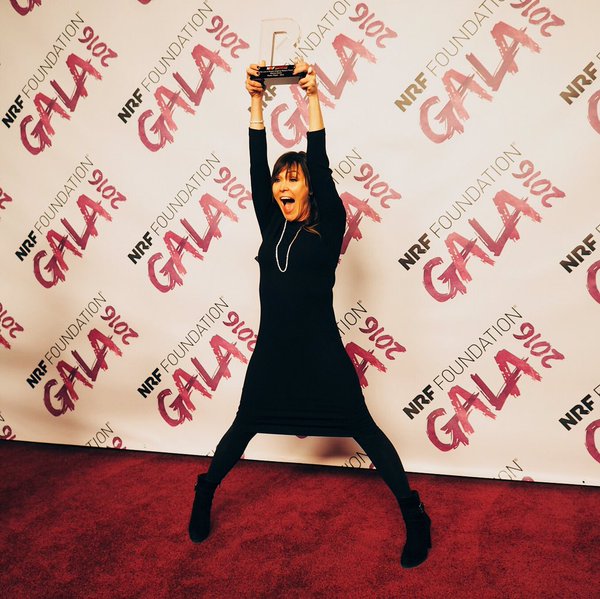 On why she admires millennials:

I’ve learned so much from millennials. People say their work ethic is off but what I think is that they just claim their value up-front. I so admire their brain flexibility, social movement, independence and the way they process information. It’s amazing to see.

One of the most important lessons I’ve learned from them is it’s ok to build your career around passion; they create their lives specifically for themselves and are unapologetic about it. I spent so much of my life just putting my head down and doing the work because as a young single mother, I had to make sure my children ate. That was my motivation, not my work per say. I didn’t even realize the work that I did was actually good until I left. Millennials tend to work in reverse of that notion and I respect that.

Advice for millennials looking to step into new career territory:


Work hard
Build your reputation AKA your success toolbelt and take it with you everywhere. Show up early, stay late and raise your hand at every chance you get.

Be flexible
Realize that no one journey is alike and you have the right to experience something new.

Spreading the Word: Meet The Man Who Created a Spotify for Church Sermons