College Degree+Experience-Sleep =Success. That’s the formula most millennials once subscribed to before getting a healthy dose of reality shortly after walking across the stage. Christa Smith, 28, was no exception.

A few years before securing her associate producer title at The View in 2015, Christa found herself reassessing her professional plans after constantly getting passed over for multimedia jobs she knew she was qualified for. After all, she did earn a bachelor’s and master’s degree from Chicago’s DePaul University, not to mention tons of impressive work experience including  her own successful production company. But, for some reason, employers kept citing “lack of relevant experience” for the rejections.

The Alabama native knew she didn’t come to Chicago just to be denied success. She had to do something different. 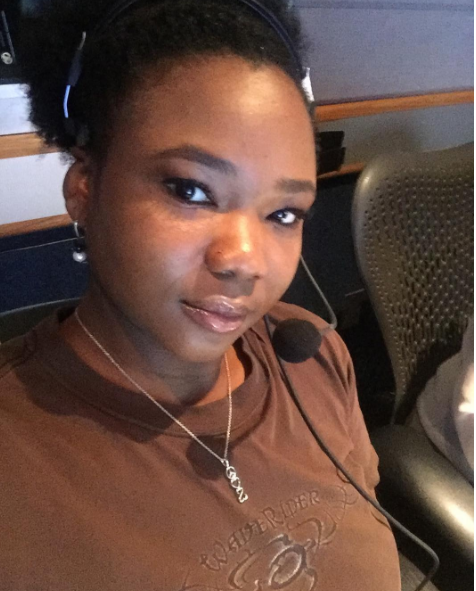 Years of being taught by yogis eventually led to Christa perfecting her own poses and landing a gig as a teacher at a trendy yoga studio in Chicago, which came at the perfect time.

“Although I was making a pretty good living from my freelance projects while running a company, I got tired of the intense grind that entrepreneurship entails,” she said. “I wanted a steady paycheck but didn’t want to earn it while doing something I didn’t enjoy.”

Yoga was the happy medium.

Christa quickly discovered that her love of the fitness discipline not only provided financial security, but helped quell some of the stress life dealt her. Especially since shortly after securing the job, she discovered she was pregnant. 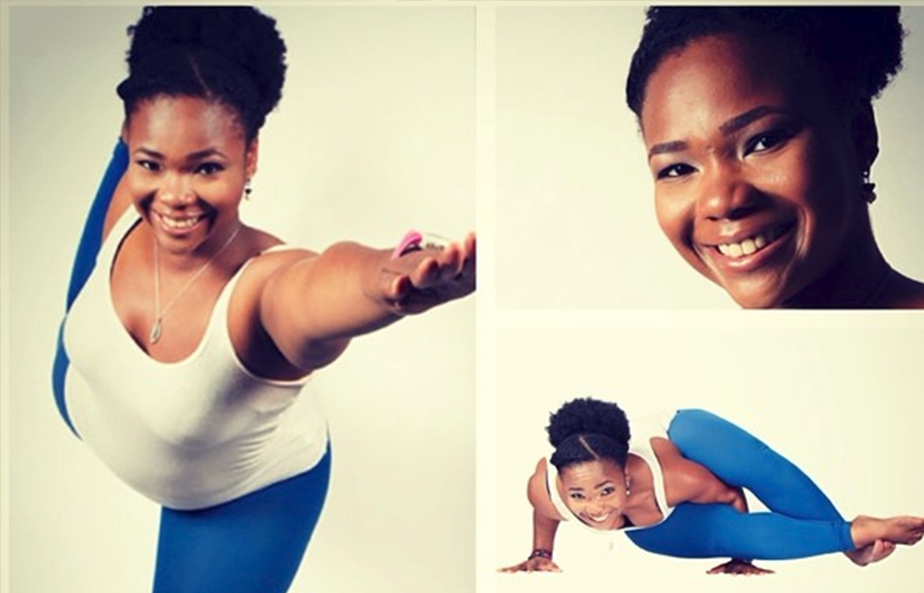 Back to the Drawing Board

With a son on the way, Christa decided to revisit her goal of taking on the world of cinema production full time, but took a slightly different approach this time around.

“I had already mastered the tactical skills I needed to build the career I wanted,” she said. “I just needed the big connections.”

In 2013, after doing some research, Christa determined that going back to school was the best way to leverage her skills and expand her professional network. Not long after applying, Christa was accepted into Columbia College Chicago’s journalism graduate program. Armed with a plan and a renewed sense of purpose since becoming a mother, Christa made sure she got her tuition’s worth.

“I knew that I needed to be close to where all of the best job leads were, so I took a graduate assistantship with Columbia’s internship coordinator,”  she said. “I fostered a great relationship with the career services department, told them what I wanted and made sure they followed through.”

From the graduate assistant role came an opportunity to be a production assistant for Windy City Live, Chicago’s answer to Live with Kelly and Michael. In the months following, Oprah’s team came knocking.

“I found out about a production assistant position with Harpo studios and I applied immediately,” Christa said.

But she didn’t just hope for the best after pressing the “send” button on her application. She planted seeds with the people she developed a great rapport with, including a Harpo producer who spoke highly of Christa’s abilities.

“Never think that just because you’re good on paper and you have a strong belief in your capabilities that you’re going to get the job,” she warned. “You have to get in front of the right people.”

It worked. Prior to graduating from Columbia with her second master’s degree she began working as a production assistant at Harpo Studios. Though she was laid off in April 2015, she said ” It was a blessing in disguise”

“The Harpo team was really great with making sure everyone had somewhere to go after the doors closed,” she said.

It took her less than a month to receive a job offer from New Chapter Entertainment, a Chicago based production company owned by two former senior producers from The Oprah Winfrey Show.

After further honing her skills there for a few months, she was presented with another life changing opportunity. 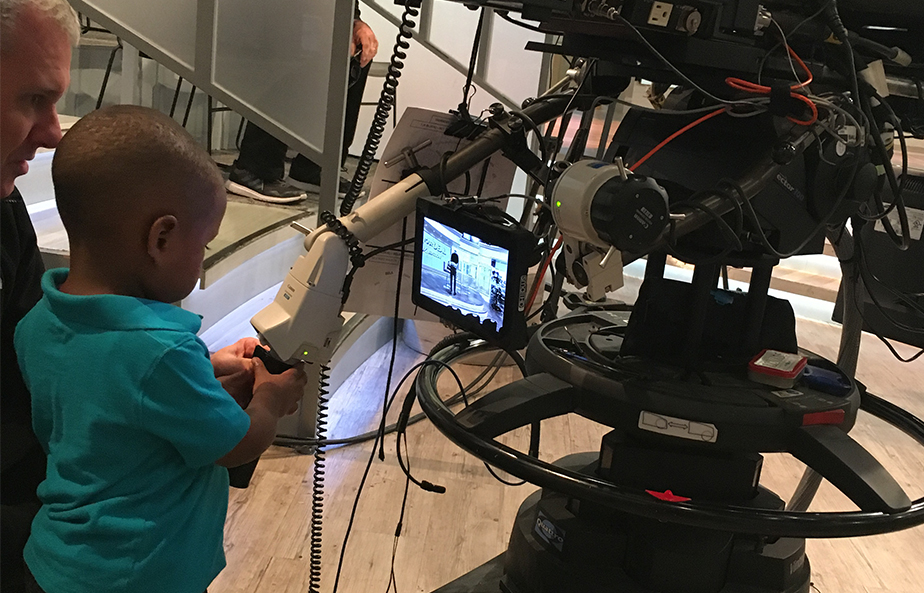 When New Chapter disbanded in August 2015 Christa was offered the opportunity to join the production team of The View as senior production assistant through a referral from one of the show’s executives without having to go through a formal interviewing process.

Christa accepted the job on a Monday & was on a plane to New York Wednesday of the same week.

It was exhilarating, but the changes didn’t come without its challenges.

“Although a major city, Chicago has nothing on New York’s frenetic pace,” Christa. “It definitely took some adjusting.”

Christa’s always been tough, but her thick skin quickly became impenetrable after working for a major network show.

“Being the new kid on the block, my confidence can sometimes read abrasive when I voice my opinion to my superiors but really, I’m letting them know that I deserve to be here just as much as you do,” she said. “I’m an asset.”

That confidence led to Christa being promoted to associate producer after only four months at The View. This didn’t come in the form of a handout, however. She assessed her capabilities, delivered, kept record of her small wins and packaged them in the form of a letter to her boss.

“In that letter, I listed all of the things I did as a senior production assistant and what the associate producer role entailed,” she said.

The duties were identical.

“I fought for what I wanted because I knew I deserved it and had faith that my boss would see that too.” 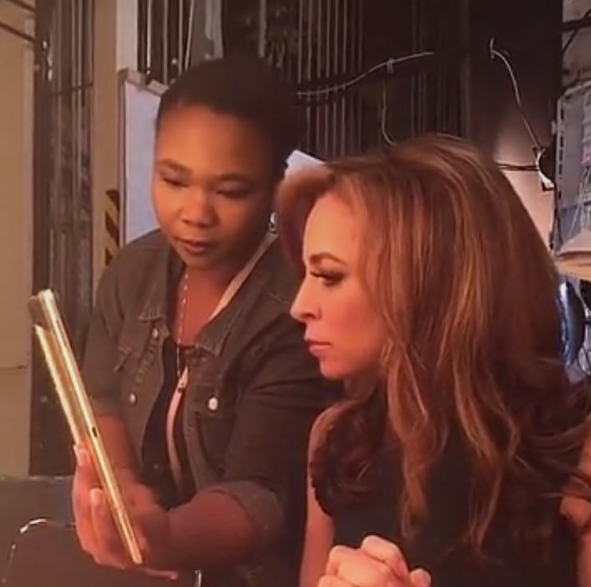 Things to Keep In Mind During the Climb

“You have to be sure about what you want to do, otherwise, you’ll get lost in what you could possibly do and get stuck in the ‘what-if’ stage.”

She also said that even if it’s just what you want to do right now, make a list of short term goals and stick to it. It’ll pay off in the end, even if it evolves.

2. Be aware of your capabilities.

“Become familiar with your area of competence, push forward your strengths and minimize your weaknesses.”

She said that through the practice of yoga, she’s become acutely self aware and that has translated into her professional life.

“I don’t broadcast my shortcomings,” she said. “They’re nobody’s business and it’s only going to make them uncomfortable because you’re uncomfortable with them.”

Christa said that identifying her weaknesses made it easier to replace them with strengths and make the most out of opportunity.

3. Don’t be afraid to ask for what you want.

“From the time I was in high school to the position I currently hold, I convinced myself that I was worthy of something more, worked to prove it and asked for it.” 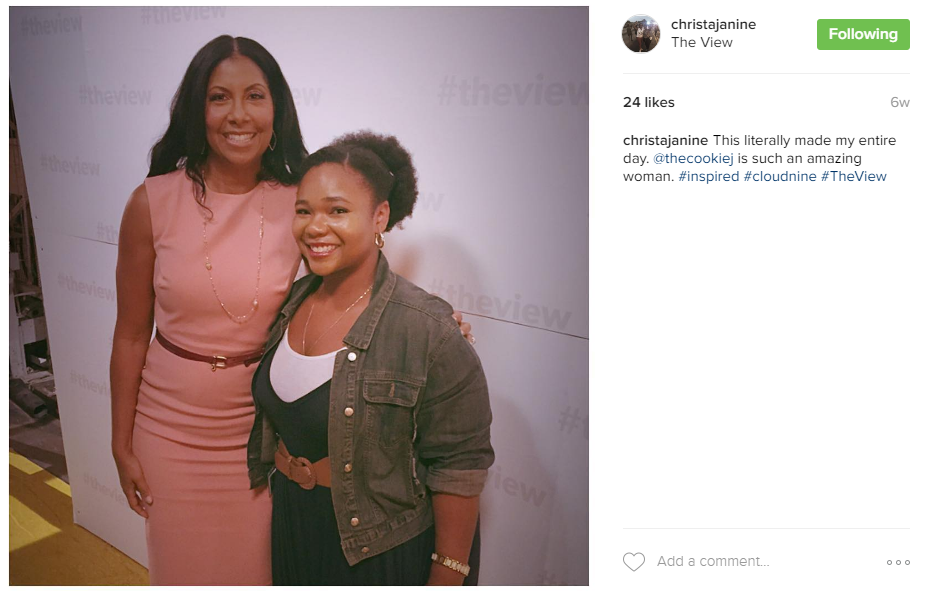 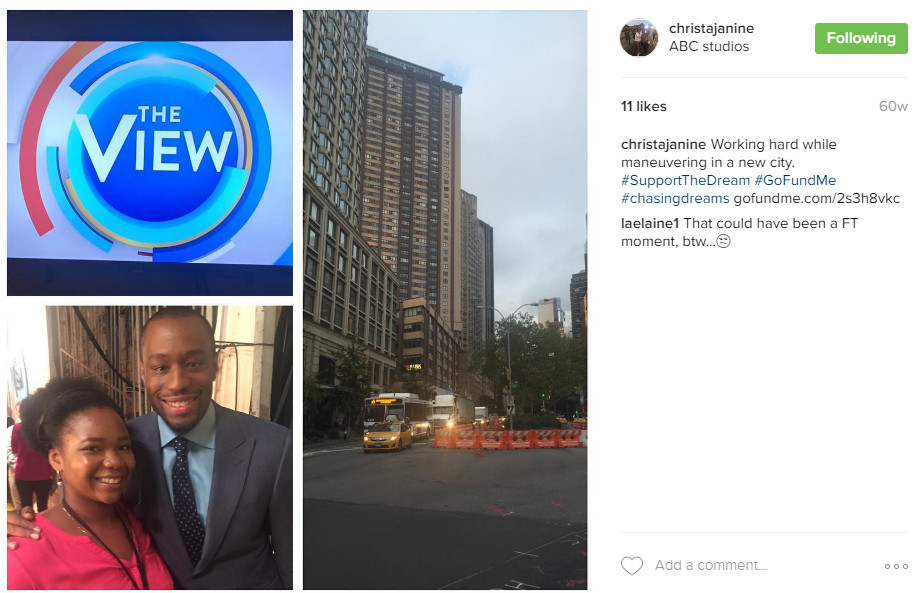 KeKe Palmer: The Queen of Hustle & She's Just Getting Started