We all have a story, but it’s how you overcome your trials and turn them into triumph that really makes the story intriguing. After experiencing so much as a teenager, Mariah “Modi” Fair decided to pen a novel, Some Women Prefer Hell, to shed light on the importance of not only owning your decisions, but speaking out on situations that we’re often taught to keep under wraps.

Some Women Prefer Hell tells the story of a mother and daughter who are both hooked on the same drug, an abusive, manipulative boyfriend. The book shows firsthand how a parent has the ability to pass more than just DNA to their child, but sometimes their habits and ways, and in this case, it’s not for the best. This novel is based on real-life events that Modi wrote at a time when “I needed to become my own hero,” she says.

As the first part of the novel has been released, Modi talks with MADE about how writing this book was part of her healing and why her past does not define who she is.

MADE: Some Women Prefer Hell is such a page-turner! Why did you feel now was the time to share your story?

Modi: I began writing this book three years ago. I had graduated from Fisk University and I was trying to figure out where I wanted to go and what was next. My family owns day care centers and it was an agreement between my family and I that if I get a certain GPA, then I can come into the business and work my work to becoming the CEO. So I did that, but I was still kind of miserable. I didn’t really know where I was going to be, I didn’t know what my purpose in life was and I felt like I was fulfilling someone else’s purpose. I still hadn’t finished the book—this was January 2015. So, I started writing more and expanding on it and I felt like with me publishing the book and finishing it, it gave me an identity vs. me being someone’s daughter or me being an employer of this person. It gave me an identity and I felt like now is the time to do [release] it.

MADE: We felt like this book could be not only be helpful to young women who went through a similar situation as you, but to mothers as well. Who was your target audience when you wrote this book?

Modi: My target audience is first the high school girls who are going through a similar situation or are headed into a similar situation. Also, the mothers who are unconsciously going through these relationships not realizing that their children are actually watching closely. [Children] are just as affected as the person in the relationship. I also wanted to target the men who are putting women and children through these things or for men going through similar relationships because it happens to them too. And finally, the teenage boys who prey on young girls. 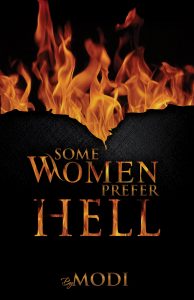 MADE: While reading your book that’s based on your life, it’s clear that you experienced a lot at such a young age. How did writing this book help with your healing process?

Modi: I went through a depression and my healing started out with me searching for love, somebody to fill that void, someone to really just be there for me in ways my mom and dad couldn’t be and that backfired. I also went to counseling. A psychiatrist they told me that the reason I was going through the different things I was going through such as relationships I put myself in was because my parents divorced. I thought that was dumb because my parents divorced when I was three. The book is loosely based on real life but the main thing that helped me cope honestly was this book. When I wrote the book I tapped into myself and battled [my thoughts] by myself and honestly just by writing it out, everything I ever went through, everything that ever attacked me mentally, I created that person in a character. I made a Mike and made him the protagonist or I made an EJ, the guy I was dating. I coped by making these characters have the outcome I wanted them to have.

MADE: What advice would you give to young girls who may have experienced something similar to  you?

Modi: The number one thing I would say is to never leave your mother’s side. I would encourage them to just really understand that they’re too young to understand. Just because you’re a certain age doesn’t mean that you’re able to handle every situation. I don’t think my mother knew how to handle the situation. It was new to her and she handled it the best way her wits and knowledge let her. When you’re faced with an unfamiliar situation, you handle it in ways that you would in another situation. But, if you’ve never been faced with that caliber of a situation, you don’t have the right tools in your arsenal to really go to war. My advice would be to just try to be understanding. That’s the hardest thing to do. Just try to be understanding and charge it to your mother and your father’s head and not their heart. They’re not doing it to harm you or neglect you they’re doing because it’s something that they have to see through.

I’m a firm believer that life is to be lived forward and understood backward.

MADE: Knowing what you do now, what would you say to your 14-year-old self?

Modi: I would tell my 14-year-old self, “Baby girl, just chill.” Don’t worry about the guys, they’re going to come. Find yourself, find who your friends are, focus on your work,  and don’t be so quick to fall in love. At 14, love is not what the doctor ordered. Embrace the fact that you don’t have a lot of responsibility. The worries of the world, the stresses, you don’t have to have that. When I was 14, I went looking for it. I didn’t have to go through it. I tell myself all the time that I wish I could tell my 14-year-old self to just slow down. It’s ok, it’s going to come to you. Be a kid. 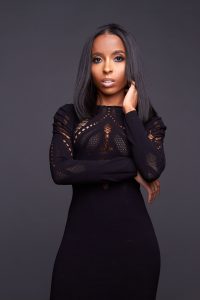 MADE: Tell us what your life is like now. You went through a lot, but you came out victorious on the other side.

Modi: I graduated from Fisk University in four years with a degree in English. I’m the CEO to Premiere Child Care Centers which is my family’s child care centers in Chicago. I’m about to start a book club for young women my age, older and younger, just as a support system. I don’t want it to be “woe is me, let’s tell our stories.” I want it to be an uplifting situation. It’s an achievement group just to motivate people. Also, I like to have fun. I’m single because I’m super focused on me—not that I haven’t had the opportunity, but I just that now is just a crucial time to just get to know me. I’m learning what I like and what I don’t like. I am enjoying my personal time and right now I’m just really focused on success and bettering myself. I went through a lot at a young age and so now I feel like I’m really able to have fun as an adult and not be tied down by someone else.  And, I don’t think that love is a burden. I do think love is a really good thing and you do need companionship, but I think you need companionship when you’re ready. When you know about you. I think you need to learn you before you can learn someone else. So, that’s where I’m at right now. Just trying to be an inspiration to myself. I’m trying to impress myself, I’m trying to motivate myself in hopes of motivating others to just be themselves and Really find the beauty in figuring yourself out.

MADE: What’s the main thing you want people to take away from your book?

Modi: I want people to 1) realize that in the Black community we put a lot of things on the hush. We mute a lot of things because we don’t want it out. A lot of Black parents also make us hold what hurts us so we’re not looked at as drama or it doesn’t bring any negativity to the house. I just want people to know that you’re not alone and you can’t hold that type of stuff in. If you hold it in for too long, you’re going to burst. I want them to know that they are not alone. I want people to make decisions and I want them to stand on it. Whatever decision you make, I want you to be able to say, “I made that mistake, I made that choice and I own it.” I want people to just realize that everybody has their opinion on how you should live your life, but nobody knows how to live life. Not one person has the instructions on life because everyone’s life is different so I want people to realize coming out of this book that you are you and that’s what makes you different so you have to live for you. If you make a mistake, own it. That is the only way that you are going to overcome obstacles.

Productivity Apps of the Week